So you what you see ? Share the LOVE!
Retro Game of the Day Archive » October 2020 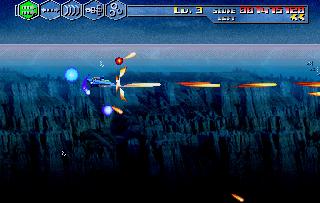 AmySaturn says:
Thunder Force V is a horizontally scrolling shoot 'em up developed by Technosoft. The fifth game in the series, made the jump to 3D graphics making it dated in that department, but is nonetheless a step up in gameplay from even the fourth game. 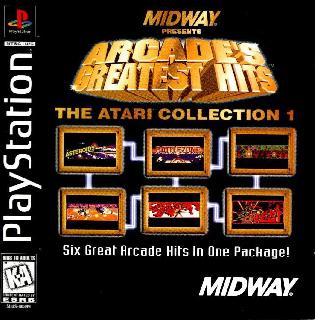 DCRage says:
One of the first entries in the popular Arcade's Greatest Hits and related series from Midway. this disc features 6 of the early Atari arcade hit games from the early 1980s: Asteroids, Battlezone, Centipede, Missile Command, Super Breakout & Tempest. 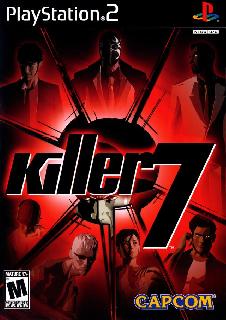 Somtaw says:
A cel-shaded blend of third-person movement and first-person shooting, Killer 7 places you in the role of Harman Smith, a wheelchair bound assassin with the ability to transform into any one of seven distinct personae. Take a dive into the insanity that is Killer 7 at least once, if only to meet ... 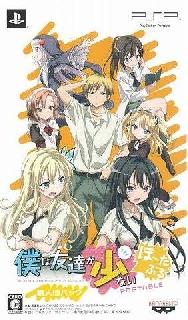 Shivender says:
Boku wa Tomodachi ga Sukunai is the popular anime, manga and novel series about a boy who just transferred school and is having trouble making friends who teams up with loners Yozora and Sena to form a school club for others who don't have many friends, either. This PSP game will bring the story to many ... 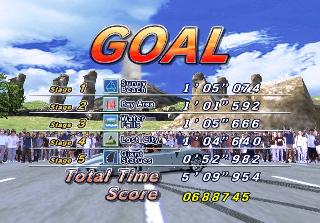 dwelch10 says:
Feel the thrill of the wind rushing through your hair, feel the exhilarating, ludicrous drifts around sun soaked beaches, feel the arcade driving experience - OutRun 2 SP. This is the Japanese version of OutRun 2006: Coast to Coast, and it was reprogrammed by SEGA themselves, offering a better framerate ... 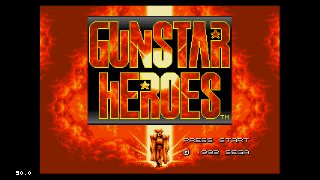 2BKurupt says:
Gunstar Heroes is an EPIC game! It is a run n gun side scroller with 4 stages. At the end of each stage you are faced with a Boss. You can either take this game all alone or with someone else. Your mission is to recover 4 gems, 1 located in each stage. You are the "Gunstar", a mercenary family that wants ...

gunzupcody says:
Ariel The Little Mermaid is an Ecco style action-adventure game based on the little mermaid franchise where you navigate your way through maze like levels freeing all the mermaids transformed by Ursula's magic while blasting all foes that gets in your way. 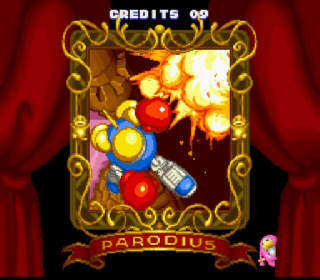 Iamerror says:
Gokujou Parodius is the second in the Parodius series. Parodius is a hilarious and ridiculous parody of Gradius. You never know what will be thrown at you. A panda in a tutu that has a flamingo on it's head. Yeah. A fun and challenging cute em up. 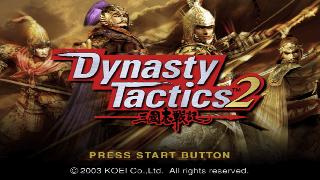 Killersteele says:
Play in this thrilling, engaging Dynasty Warriors spin off title. The sequel to Dynasty Tactics, once again, play as Lu Bu, Lui Bei, Sun, Ce, Cao Cao, and more in this in depth strategy game. Going over many characters and many different battles, you'll find many hours of good story and hard battles ... 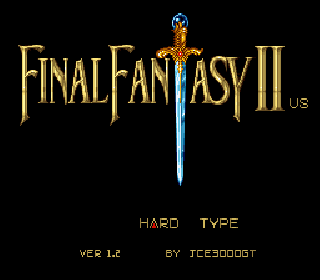 tomthebomb683 says:
Take on the role of four friends, Firion, Maria, Guy, and Leon, as they battle for control of Fynn from the evil Empire in this turn-based fantasy RPG. 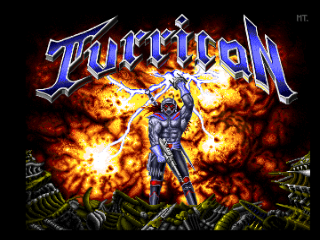 LeftyGuitar says:
Turrican is a side-scrolling shooting game. You play as a mech-type character who can fire weapons at enemies. Your goal of the game is to progress through each level. Each level has items to collect and enemies to destroy. You can find other weapons that are more powerful than your default weapon. The ...

WWF Wrestlemania The Arcade Game (U) 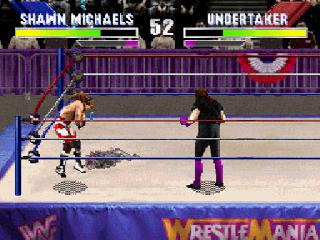 fikyh says:
WWF Wrestlemania The Arcade Game is a wrestling game released in 1995. The gameplay aspect in this game is similiar to Mortal Kombat series with its over the top and fast paced gameplay. The game features 8 wrestlers such as Shawn Michaels, Bret Hart, The Undertaker, Doink the Clown and many more.

el-padrino says:
The only Grand Theft Auto game set outside the United States. Also the only GTA to be set in a real city! The gameplay is almost the same as the original and first Grand Theft Auto, but cars drive from the other side of the road! The top-down view is also present here. It also adds 30 new cars and 36 ... 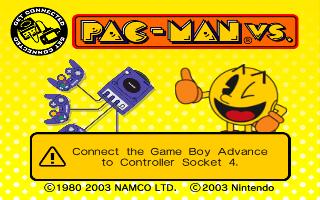 PurpleDaGamer says:
Pac-Man VS. is a multiplayer game where one player becomes Pac-Man and the other players becomes ghosts. Pac-Man's goal is to clear the maze by eating pellets. Special pellets allows Pac-Man to eat the ghosts. Once the maze is completed, the person who is playing as Pac-Man recieves extra points. The ...

Batman of the Future - Return of the Joker (Europe) (En,Fr,De)

2BKurupt says:
Fight Joker and his gang of Jokerz in which they steal high-tech communications equipment. As Terry McGinnis, the new Batman, the player could run, punch, kick, glide, use weapons and gadgets, crouch, walk and open doors. There were two modes to choose from, Story Mode or Time Attack. There were ...

Download & Play Batman of the Future - Return of the Joker (Europe) (En,Fr,De) 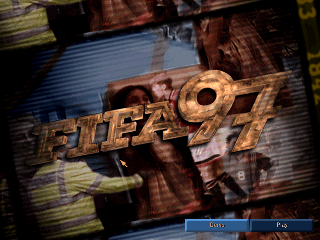 szunyzoli99 says:
The fourth game in the FIFA series is still very different from modern titles, but it's still about soccer. 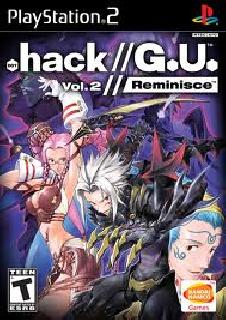 MrRobodyNobot says:
Dot Hack G.U. Vol. 2 - Reminisce is a Action RPG that takes the style of Anime and combines it the cyber culture to make a thoroughly enjoyable game. The game offers a continuous story that stimulates an MMO within itslelf. The game although sometimes confusing is a rewarding experince for RPG and Anime ... 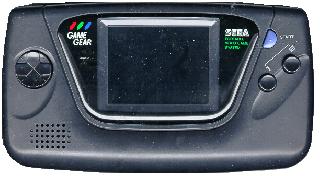 Rainut987 says:
This bios is from the 2000 reboot of the Game Gear by Majesco, same ones for making the Genesis 3 and repackage some games, like Clay Fighter on SNES. Though, unlike, say the Wii bios, you don't really need it unless a game requires it. 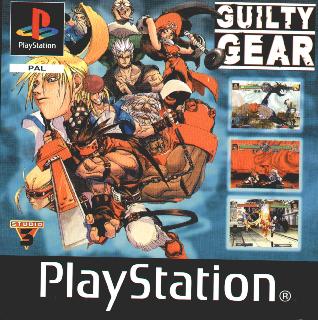 misteruser says:
The first game in the long-running Guilty Gear series, it's a 2D fighting game with quirky, anime-style fighters. There are ten characters you can choose from, movements are fast and chaotic, and special attacks are flashy. Stage music are mostly rock or heavy metal. Each character also have an Instant ... 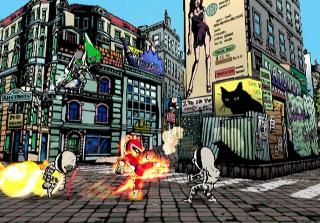 Mangybeard says:
Control Joe as he fights to rescue his girlfriend Silvia from Movieland. Harness the power of VFX to demolish anyone and anything in your way! Joe gains a superhero persona rather quickly, giving him the power of VFX; this gives him the ability to slow down or speed up time or zoom in on himself ... 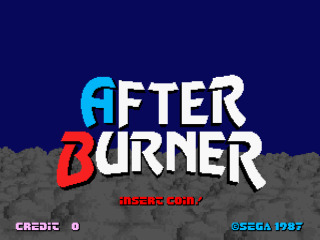 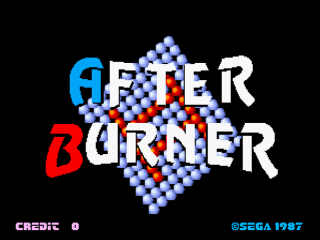