So you what you see ? Share the LOVE!
Retro Game of the Day Archive » September 2020 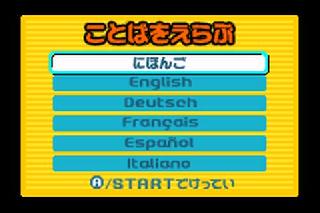 szunyzoli99 says:
The second game in the Sonic Advance series introduces a new character; Cream the Rabbit and her Chao named Cheese. The gameplay and the story hasn't changed a lot. 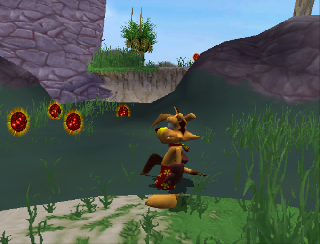 Wytch says:
Platformers used to rule the world. Now the only ones we seem to tolerate are those with a fat ethnic stereotype on the front. Ty the Tasmanian Tiger is really My First Platformer or perhaps Platformers for Dummies. It is therefore right up my street. You play as Ty and your gimmick of the week is boomerangs. ...

Iamerror says:
A man in a spacesuit goes around a blowing up monsters. He has to prevent them from escaping the garden. 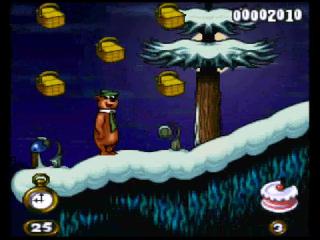 ToxicJuicebox says:
A standard 2D platforming game in which you play as Yogi Bear on his quest to prevent his home, Jellystone Park, from being turned into a chemical waste dump. You progress through each level by defeating enemies and avoiding bottomless pits in order to reach the end, very similar to something like Super ... 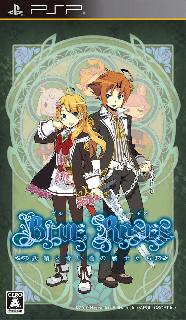 Bian Zoldark says:
Blue Roses is a SRPG (simulation role playing game) with colorful designed characters and backgrounds. The story is you to choose play with male or female character to prevent evil god from awakening with the help from fairies that will become your familiar. Upon your investigation, you found that ... 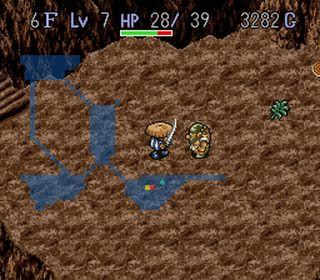 Rikki-tikki-tavi says:
A fan translation of a great roguelike set in the medieval rural Japan. A great example of "less is more" in visuals, story, music, and gameplay. You control Shiren, the titular Wanderer, on his quest to find the nest of the Golden Condor. You'll be surprised how much this game can deliver, once you ... 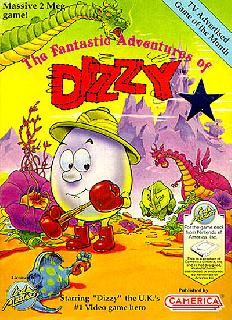 NESreviewer says:
Dizzy the Adventurer is a very mediocre puzzle game. Half the time, I have no idea how to get pass. The very beginning is very cryptic. What if I told you that you have to grab a pile of straw, water bucket, and matches. You have to put the pile of straw right by the log thingy, then you have use the ... 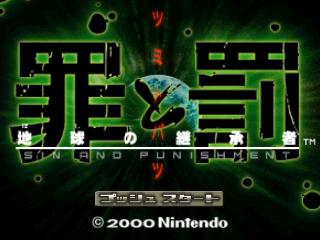 I337yoSh11 says:
For those who can't read it, this is THE original Sin and Punishment for the N64 that was released in Japan only. It is a linear shooter that follows a certain path, in ways making it feel like a scripted bullet hell game. If you want to know what the game is like, look up 'sin and punishment' on Google ... 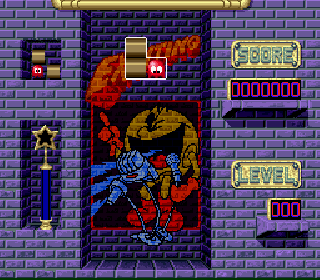 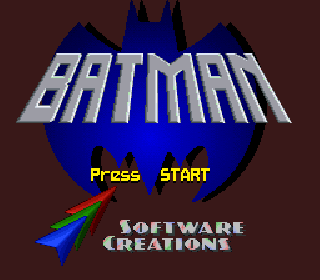 mikezx23 says:
One of the best beat 'em up games for snes. The game is based on the movie Batman Returns by actors Michael Keaton a.k.a Batman/Bruce Wayne, Selena Kyle (Michelle Pfeiffer) and Penguin (Danny DeVito). Control batman as you fight your way through the Red Triangle Circus Gang charging up ... 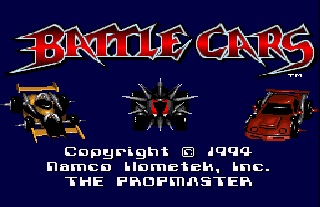 Heedx says:
Battle Cars is a futuristic racer similar to F-Zero except in this game, instead of driving fast you eliminate the other drivers using your weapons. You can switch between 3 weapons, a disc a rocket and a bomb. The driving is very responsive with a slight delay. Drifting with the R and L buttons feel ... 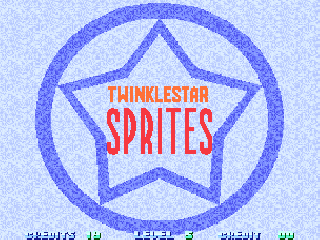 seishikaji says:
Twinkle Star Sprites is an arcade top-down shooter. Follow the story mode, playing as the main character Load Ran, as she battles her way to face off against the evil Mevious. Play as any one of the characters and see how their own story ends in Arcade mode, or go head to head with a friend in VS mode. ... 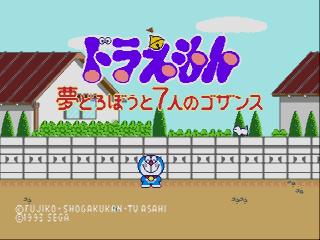 YamamotoTakeshi says:
Doraemon: Yume Dorobou to 7 Nin no Gozans is all about our favorite robot cat saving Nobita and his friends. Help Doraemon fight the Dream Thief's followers and the Dream Thief himself! What are you waiting for? Play this game already and enjoy the song from the original anime!

szunyzoli99 says:
This game is exactly what the title implies. Use your imagination. 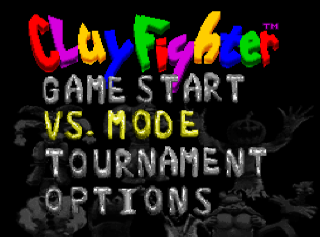 Heedx says:
A fighting game designed to compete with the likes of Mortal Kombat with out the gore and violence by using clay fighters. It features 8 characters ranging from a spooky ghost to a viking opera singer that battle their way through a single player campaign or versus a friend in a single battle or a ... 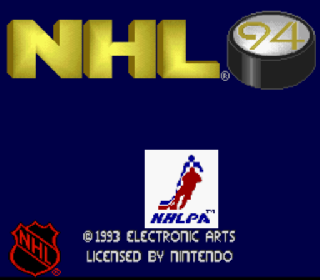 HamHamHam666999 says:
Play hockey in 16bit graphics! The arcade feel comes out as you hip check that other player trying to steal the puck! If you are a fan of arcade sports games then this is the one for you! 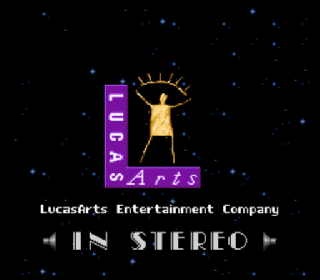 Red Angel1 says:
Super Star Wars return of the Jedi. This is a video game inspired by the saga of the movie star wars where Luke Skywalker has returned to his home planet of Tatooine in an attempt to rescue his friend have. 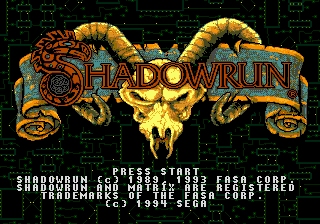 Red Angel1 says:
Shadowrun for Sega Genesis is a little-known game and one of the last released for the console that is based on the RPG of the same name FASA and that has very little to do with his much more popular brother of SNES and Mega Drive. 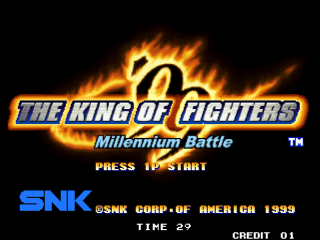 Red Angel1 says:
The King Of Fighters (KOF 99) to become another you see and it's time to participate again in the famous KOF tournament! New faces and old alike are associated to participate in the final tournament of KOF, but something seems to go wrong. Why was the tournament of this year announced without fanfare? ... 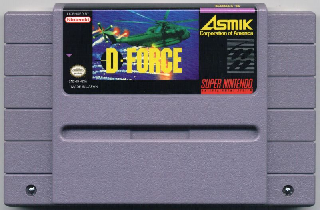 PaulyMayhem says:
D-Force Is a 1991 Vertical Scrolling SHMUP published by ASMIK, it is known as Dimension Force in Japan. You control a helicopter and attempt to shoot down enemy aircraft as they come at you, on some levels you are given the ability to switch altitudes to avoid and attack enemies at different levels. ... 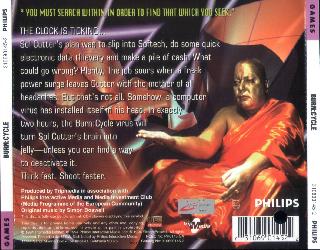 UltimaHelz says:
Burn Cycle is a Puzzle/Point-and-Click Adventure game for the Philips CD-i from 1994, in which the main character (Sol Cutter) has been infected with the Burn Cycle virus which serves as a two-hour 'realtime' deadline in the game to find a cure before his brain deteriorates completely and then it's Game ... 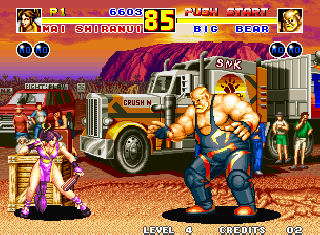 hal-9000 says:
The second game in the Fatal Fury series made by SNK. This game still has the unusual two-plane gameplay, so if you weren't a fan of it in the first game, you won't like it now. This entry in the series adds the ability to play as eight different characters (as opposed to three in the original game). An ... 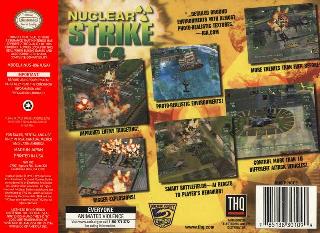 glassramen says:
It's a top down shooter that is somewhat similar to a smup, but you have full 360 degree movement. You take on various little missions, and use a few different vehicles to, for the most part, either destroy bases, kill enemies, or rescue friendlies. Definitely recommend this for anyone looking for a ... 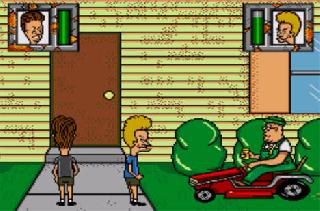 Red Angel1 says:
Beavis & Butt-Head is based on the cartoon of the same name Mtv series. The argument is that the two guys is simple because they want to join a gang, but first they have to release their leader from prison. So, the player takes the role of one of them in its eagerness to travel all the way from the school ... 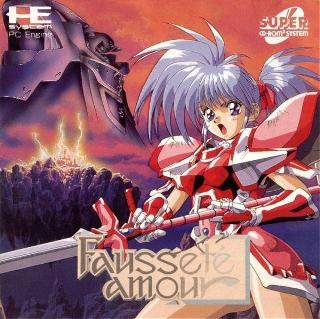 Alphapup says:
Anime style platformer with story scenes. Your weapon is a sword like device with also can be used as a grappling hook to swing or double jump by latching onto things. It also fires so not much like a sword. You battle your way across the screen battling monsters and killing fairies for drops (1ups, ... 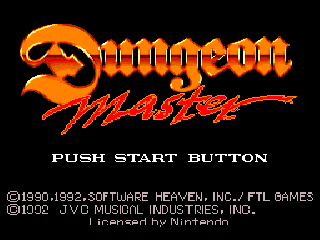 Red Angel1 says:
Dungeon Master is an RPG game in which you have to sort a series of combat and traverse a great castle to finish your journey, the combat is in first person enjoy the game as never s are fan of these types of games. 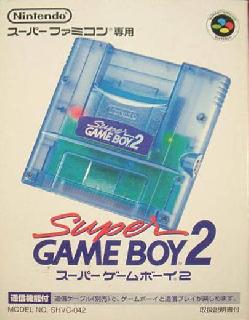 szunyzoli99 says:
The Super Game Boy 2 was a Japan exclusive version of the Super Game Boy, released in 1998. It had more features than the original like multiplayer support via link cables and new borders for games.

Prince of Persia 2 - The Shadow & The Flame (Europe) 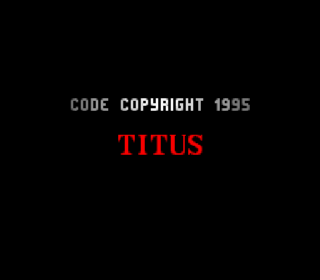 szunyzoli99 says:
Prince of Persia 2, originally released for the MS-DOS and the Mac OS in 1993, is the sequel to Prince of Persia. The game takes place eleven days after the original. The Prince has been hailed as a hero. He turned down the riches ad instead, he wants the Princess's hand in marriage, and the Sultan ...

Download & Play Prince of Persia 2 - The Shadow & The Flame (Europe) 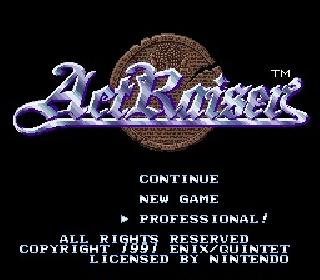 Box Description says:
Long ago, you and your people built a peaceful land. Since then, your world has been taken over and inhabited by the evil Tanzra and his Guardians. Your once-tranquil land has become a breeding ground for monsters, Injured, you have retreated to your Sky Palace and have fallen into a deep sleep. ... 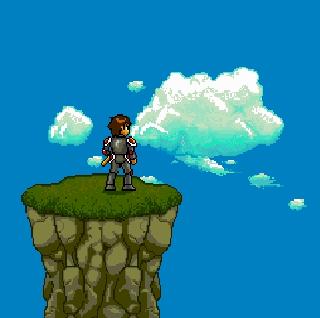 TheGoofDaddy says:
Neutopia has met with a terrible fate, hasn't it? This highly Legend of Zelda inspired title (and its sequel) are two of the best games on the PCE in my opinion. In Neutopia the player plays the role of Jazeta who's been summoned to come to the aide of the people to save the land from the evil demon ...